INTERVIEW - How to have 50% of the AHL files created at the kiosk?

Many supervisors of Lost & Found department might think that it is impossible that half of their station AHL files are created at the kiosk by the passengers themselves. Steffen Eriksen, duty manager at Billund airport, and his team have reached this goal and took the time to share with us their best practices on kiosk usage. 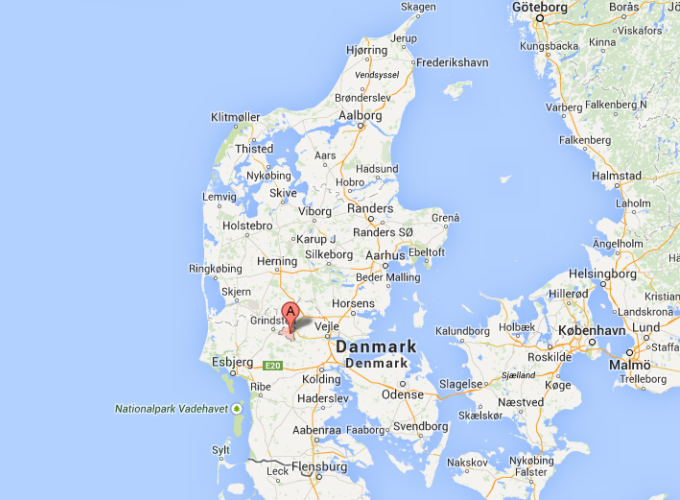 Billund is located in the Region of Southern Denmark. It is well-known for its Legoland theme-park.

Hello Steffen, could you please present us the Lost & Found department at Billund airport?

Today in Billund there are 12 agents and we are handling around 50 airlines. We have been using BagAssist since 2011 and since early 2012 we have two kiosks with the kiosk-AHLreport application of Sky Assist.

How did the implementation of the kiosk go in 2012?

At the beginning there was a lot of resistance from the agents as they were convinced that because of the kiosk they would lose their jobs. So I first took apart in my office 2 or 3 agents and I explained them the benefits of the kiosk for the airport and also for themselves. Then these agents were responsible to spread the words among their colleagues. The first months around 10% of the AHL files were created via the kiosks.

I put several things in place to reach the 30% mark.

I also did a lot of daily management of the staff. Every day during our briefing meeting at 8am I would mention the importance of using the kiosks and some days I would tell them “Today we are only using the kiosk”. So instead of having two agents at the counter using BagAssist we would have one agent assisting two passengers at the same time (one passenger per kiosk). 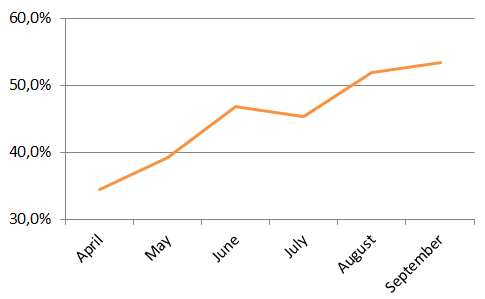 That’s impressive! How many parties did you throw to reach this high number?

Ah no, I’m not throwing a party each time we reach a milestone anymore! In fact now agents are “fighting” to be the one at the kiosks! Because for them this is less work to be at the kiosks assisting the passengers, answering one or two questions passengers might have than being at the counter and entering manually all the data in BagAssist. At the kiosk, the only part for which the passengers need help is finding where the scanner to scan their boarding pass and their tag label is. The rest of the process is self-explanatory and passengers do not require much help from the agent.

So what is your new goal now that you have reached 50%?

Now we’ll try to reach the 60% mark but I don’t think we can get further than that with only 2 kiosks. If 10 passengers have delayed bags, then only some of them are using the kiosks and the others are sent to the counter where an agent will take their declaration using BagAssist; so that passengers do not have to wait too long.

I think we could reach 90% of the files created with the kiosk but for this, we would need to have 4 kiosks and not just 2. 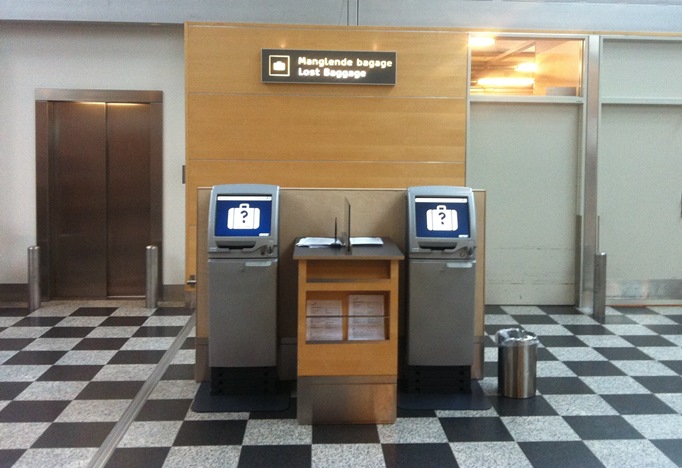 Picture of the kiosks at Billund airport. They are separated by a table where the passengers can fill in the local customs document. The agent stands next to the table so he can help both passengers. The kiosks are on the way between the belt and the counter.

According to you what are the main benefits of having kiosks?

Also the kiosk improves the quality of the data entered in the home and delivery addresses. We have a lot of tourists at Billund and some of them don’t speak very good English so it was hard to get their addresses right at the counter; with the kiosk the passengers enter the address themselves so there is no more typos in the address, so no more problem at delivery time.

I would say 80% of the passengers think it’s a good idea. 20% of passengers don’t like it but it’s hard to tell whether they really don’t like the kiosk or are just upset because of the incident with their bag. The passengers travelling on charter flights are more reluctant to use the kiosk but we tell them this the only option to report their missing bag and that our agent will help them, so they use the kiosk.

What about your customers, the airlines, what do they think of the kiosk?

We had several airlines visiting us (LH, KL, SK) and the feedback was very positive. LH was thinking of implementing the same in Copenhagen. They also appreciate the fact that there are more correct data in the address fields.

Last question but not least, do you have recommendations for other stations that would like to increase the number of files created at the kiosk?

The most important is to have a plan and to ask yourself the right questions:

Once you have this plan, this is the time for implementation.

As for the number of kiosks to order, I would recommend buying directly 2 kiosks (or 4 even). If you buy 1 kiosk, you will have “1 agent / 1 passenger” which is what you already have when using BagAssist so there is no gain of productivity. With 2 or 4 kiosks you can really make a difference: I believe one agent can take care of 4 passengers (using 4 different kiosks) at the same time.

Finally, I think that the low usage of the kiosk is more a management problem than an agent problem: all agents can use the kiosk. So if things don’t go according to your planning, try to find out why, what are the obstacles, what is the problem.